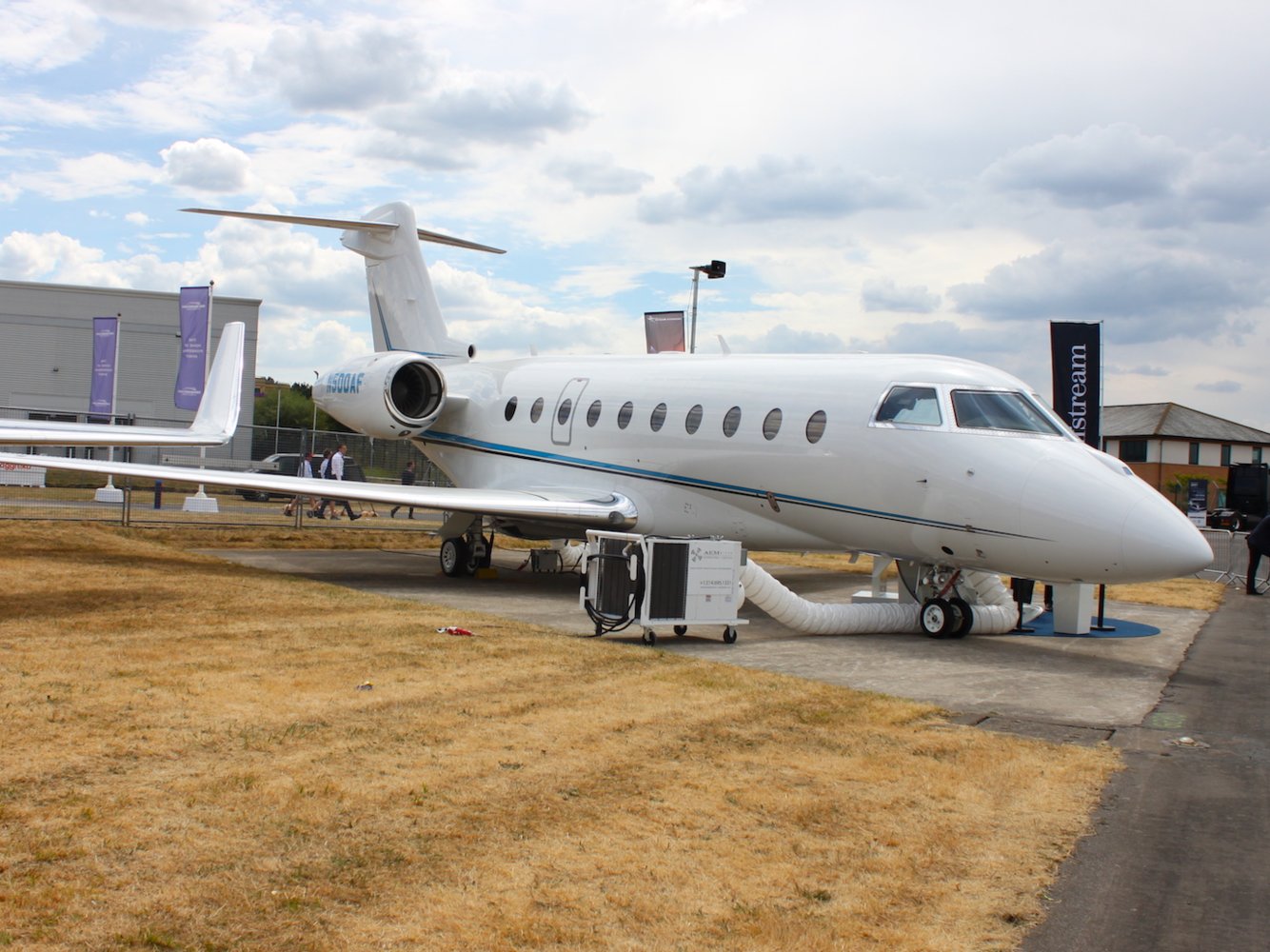 At the recently concluded 2018 Farnborough International Airshow, Gulfstream showed off the heart of its lineup complete with the all of the company’s heavy hitters like the $70 million G650ER and the next generation G600.

Also on the display is the G280. Being the smallest member of the clan, it’s in effect the “Baby Gulfstream.” Officially, the G280, which entered service in 2012, is Gulfstream’s entry-level product.

It seems that in every family, there always a member who gets overlooked and the G280 is it for Gulfstream. While it’s easy to be bowled over by the imposing figure of the G650ER or high tech stylings of the G600, you shouldn’t underestimate the G280.

“It’s a workhorse,” Gulfstream senior vice president of worldwide sales, Scott Neal, told Business Insider at Farnborough. “It’s a tremendous aircraft for companies and individuals who need to fly up to seven and a half to eight hours.”

“The G280 will fly anywhere in the US nonstop, against any type of winds at any time of year,” Neal added.

Unlike the big jets, the G280 is not built at Gulfstream headquarters in Savannah, Georgia. Instead, it’s assembled for Gulfstream under license by Israel Aerospace Industries. Once airworthy, the aircraft is then flown to one of Gulfstream’s US facilities where its customer interior is fitted.

As a super-mid-size business jet, the $24.5 million G280 is designed to take on industry heavyweights like the Bombardier Challenger 350, Embraer Legacy 500, and Cessna Citation X+.

We got a chance to take a guided tour of the plane at the Farnborough Airshow. Here’s a closer look at the Gulfstream G280.

Sitting at the far edge of Gulfstream’s Farnborough showcase is the G280.

Let’s take a look inside. In case you’re wondering, the white ducts pipe in cold air from ground-based air conditioners. 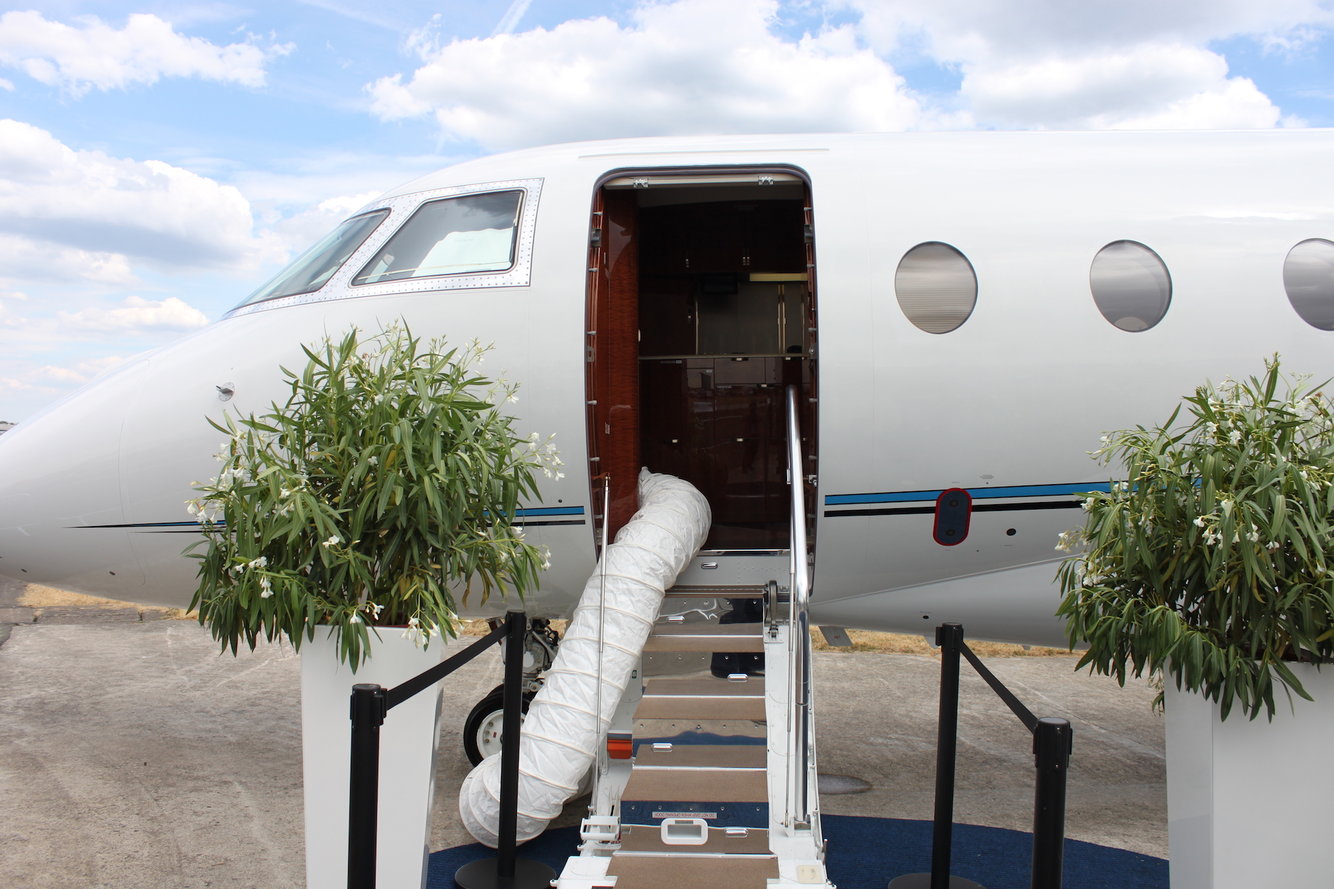 As you enter the aircraft, you are greeted by the plane’s galley complete with stone countertops. 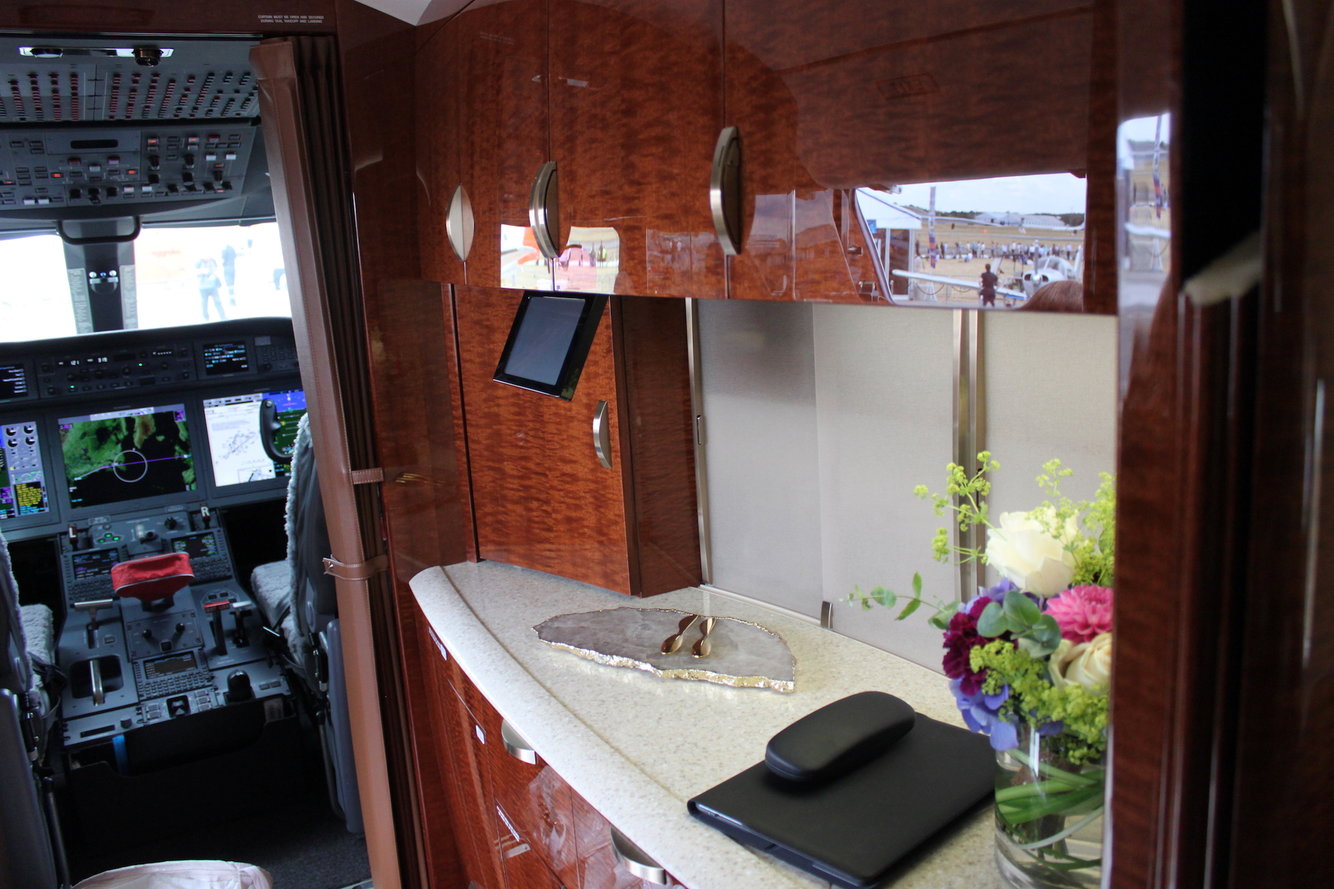 Turn to the right and you’ll enter the G280’s cabin. Gulfstream offers the cabin in four different seating configurations with room for up to 10 passengers. 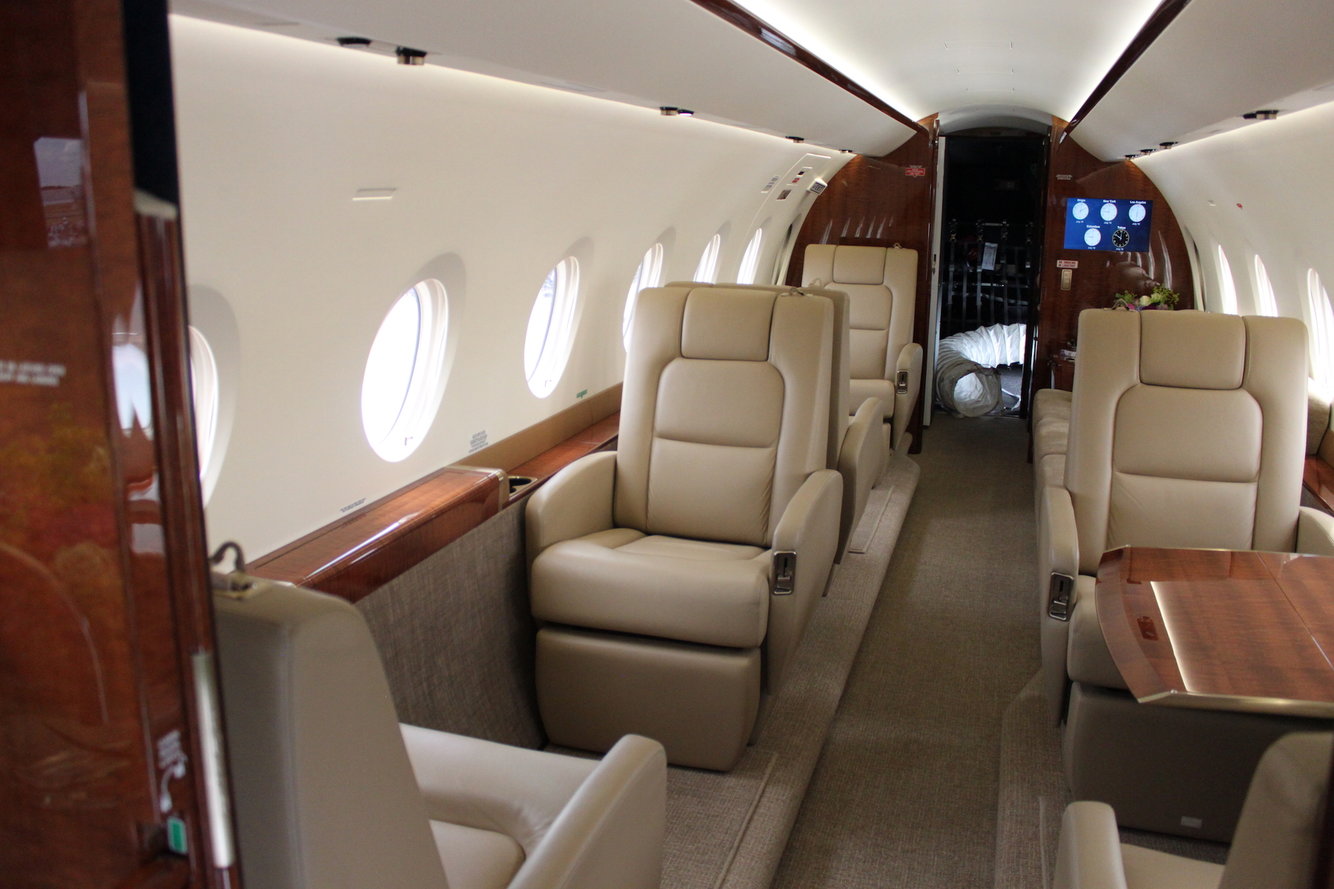 This demonstrator is configured for nine passengers with six individuals seats and a three-person divan. 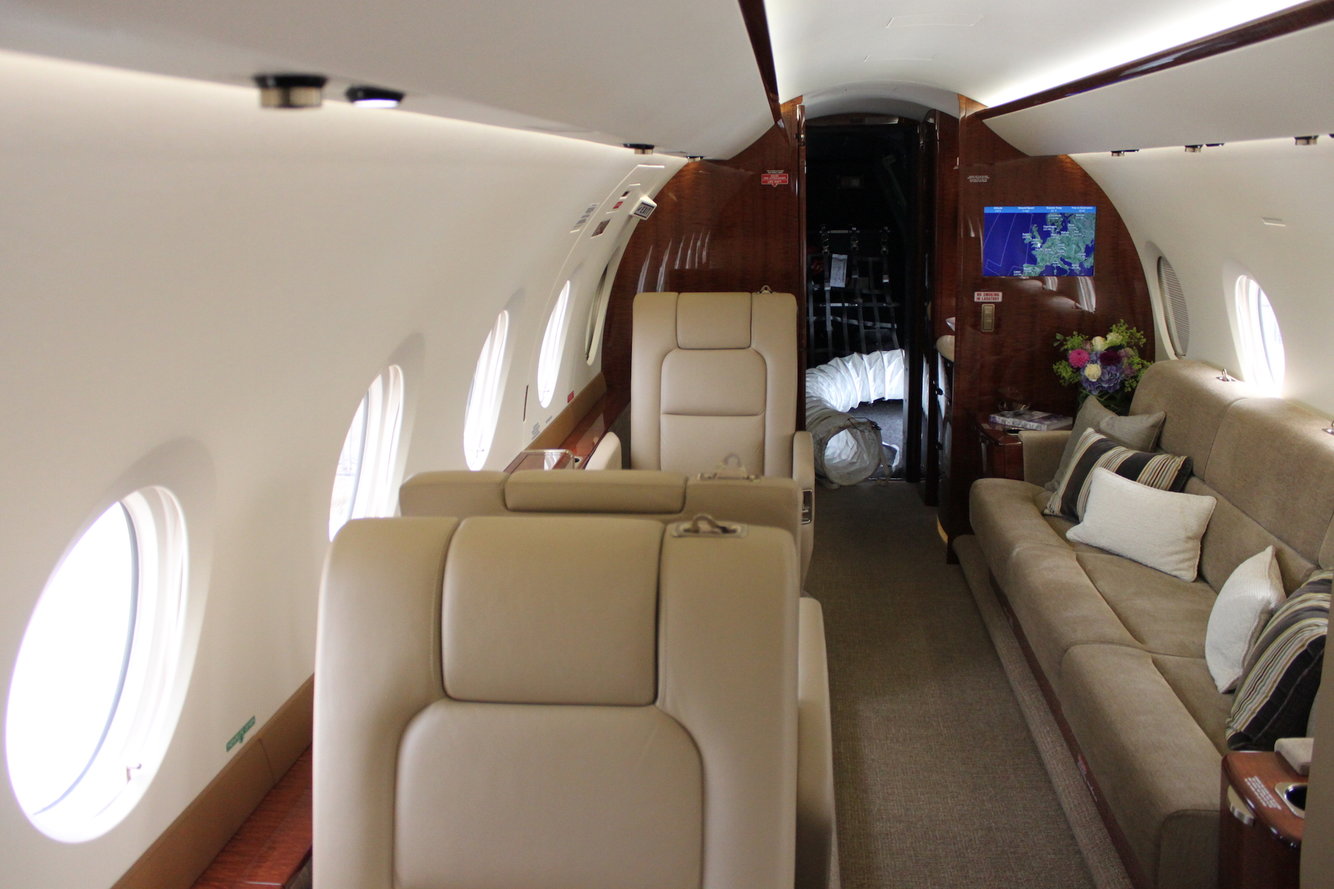 The G280’s cabin isn’t quite as spacious as its larger siblings, but it’s far from cramped in there. It’s six foot, three inches tall and seven foot, two inches wide. 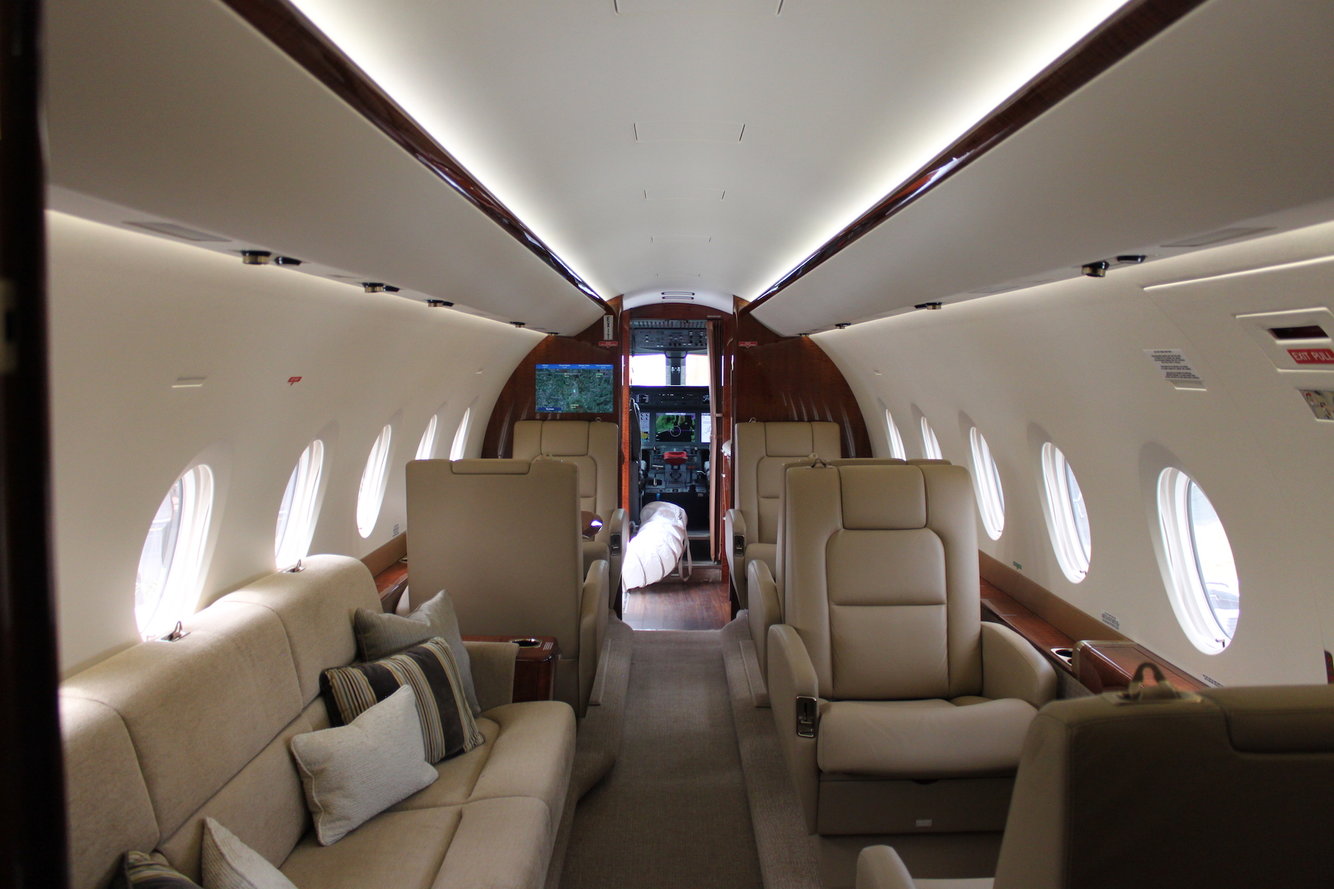 Between each set of seats is a retractable table. 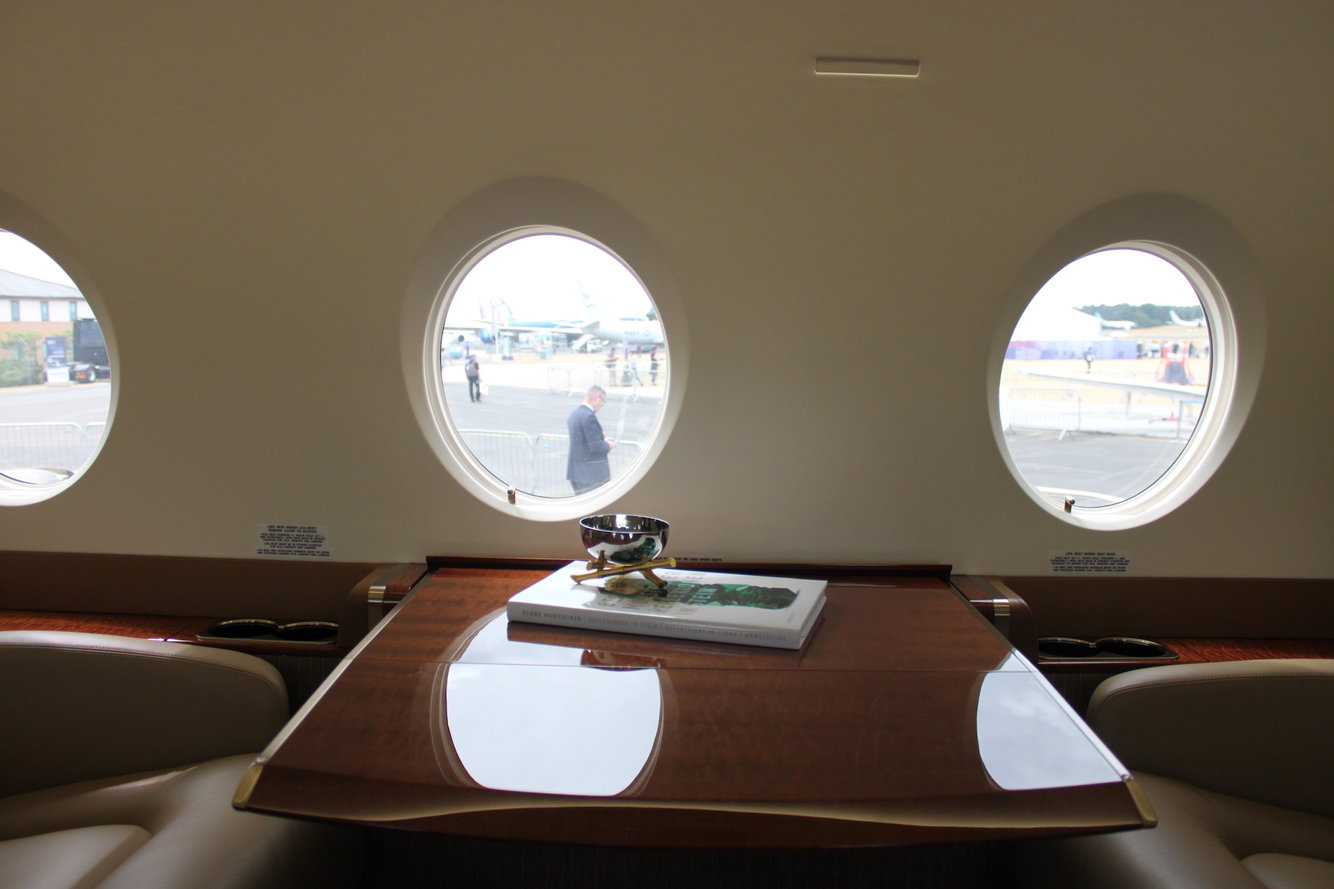 The seats themselves are plush and comfortable. Gulfstream takes their seats and interior fittings very seriously. In fact, the last time I was at their factory, the interior shop was by far the most secretive part of the entire facility. 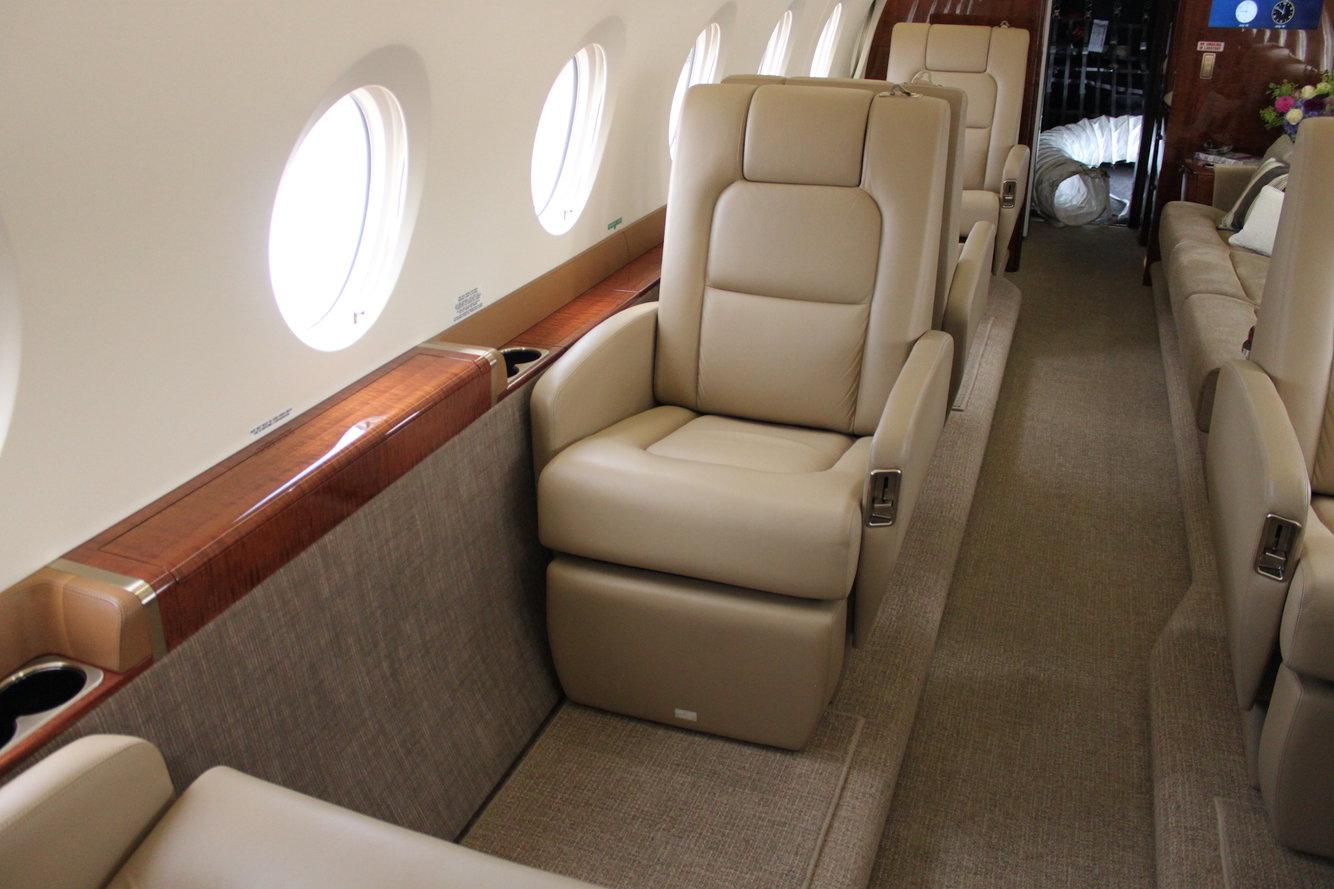 Unlike the seats, the divan is upholstered in fabric which makes for a more comfortable sleeping experience when its berthed into a bed. 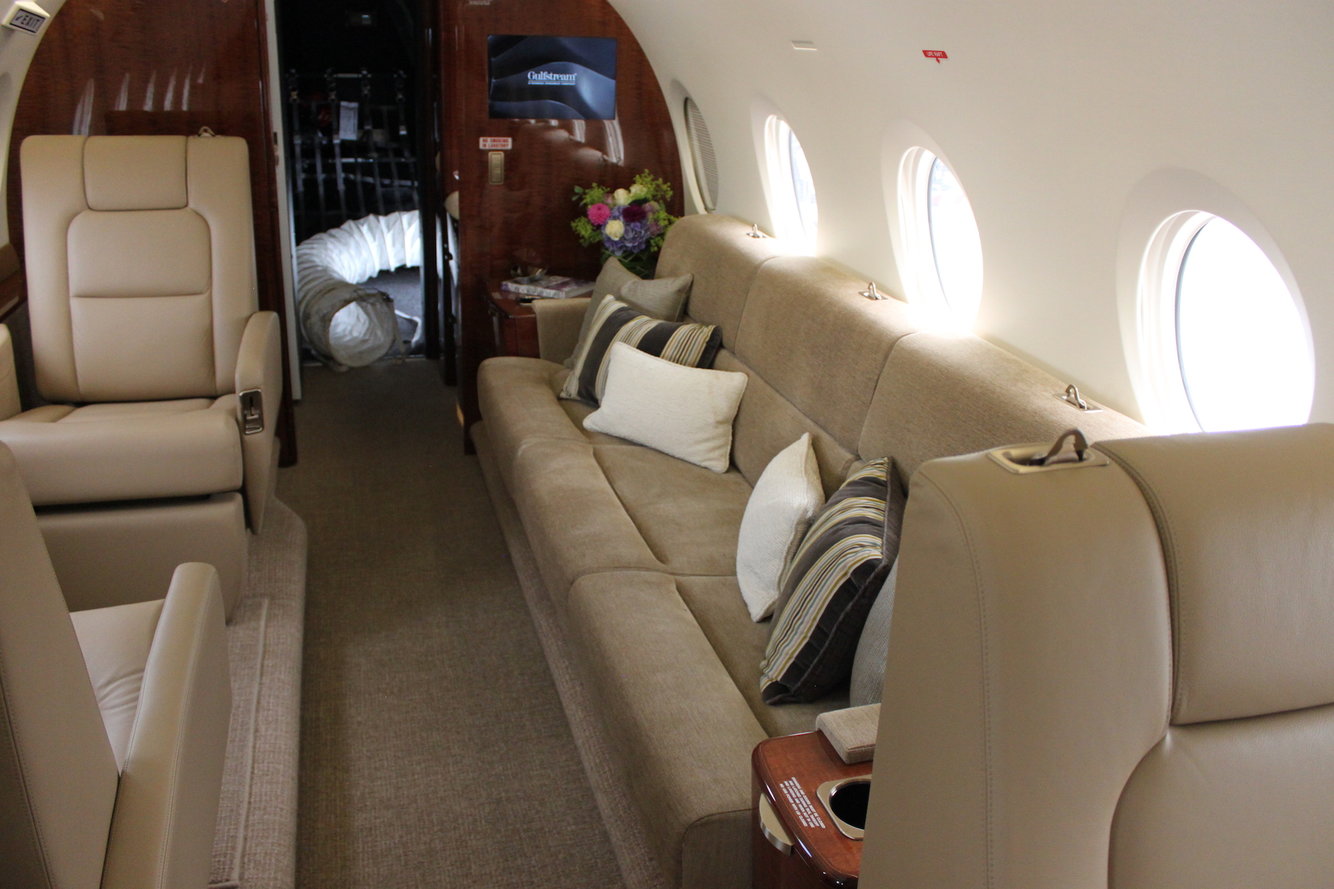 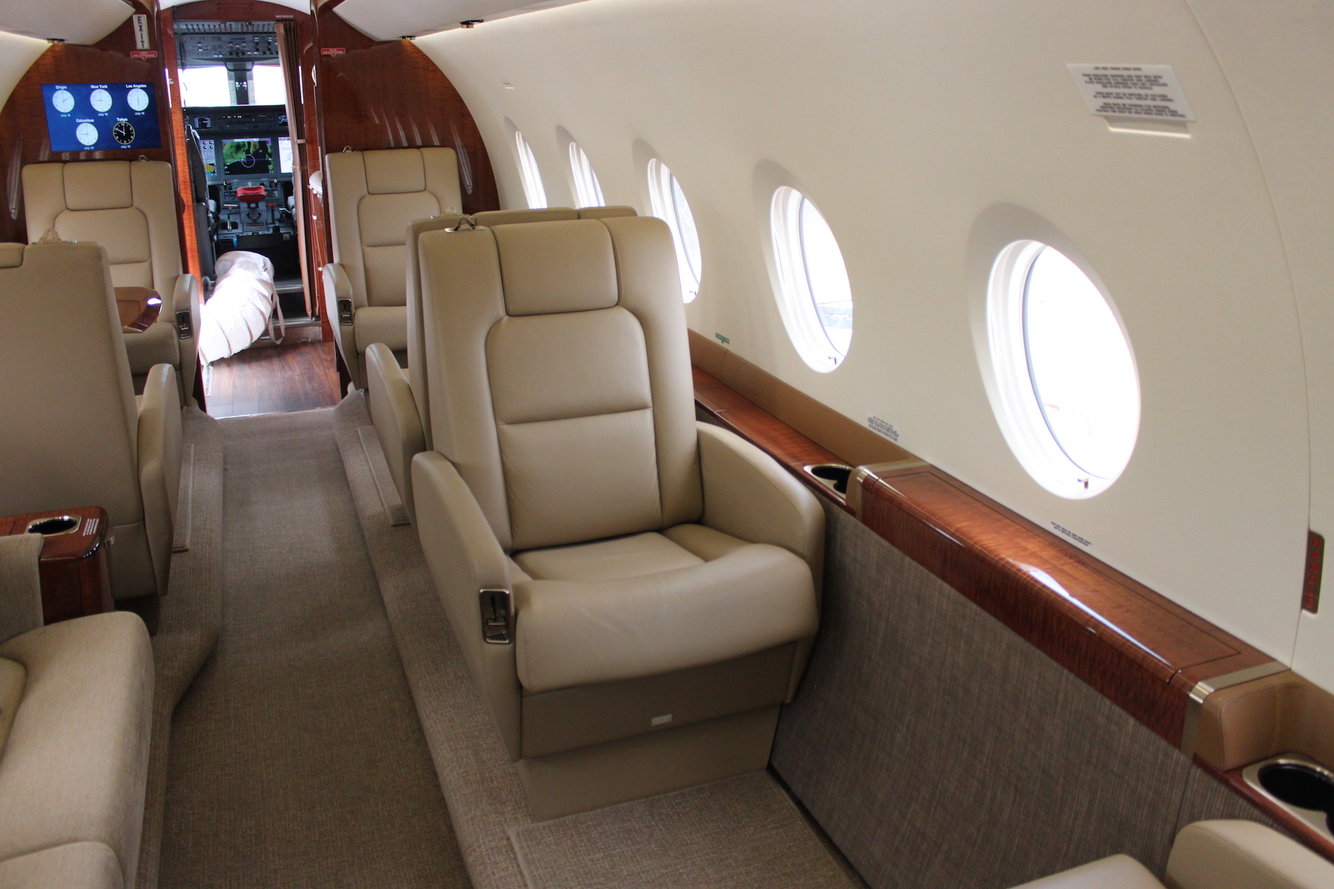 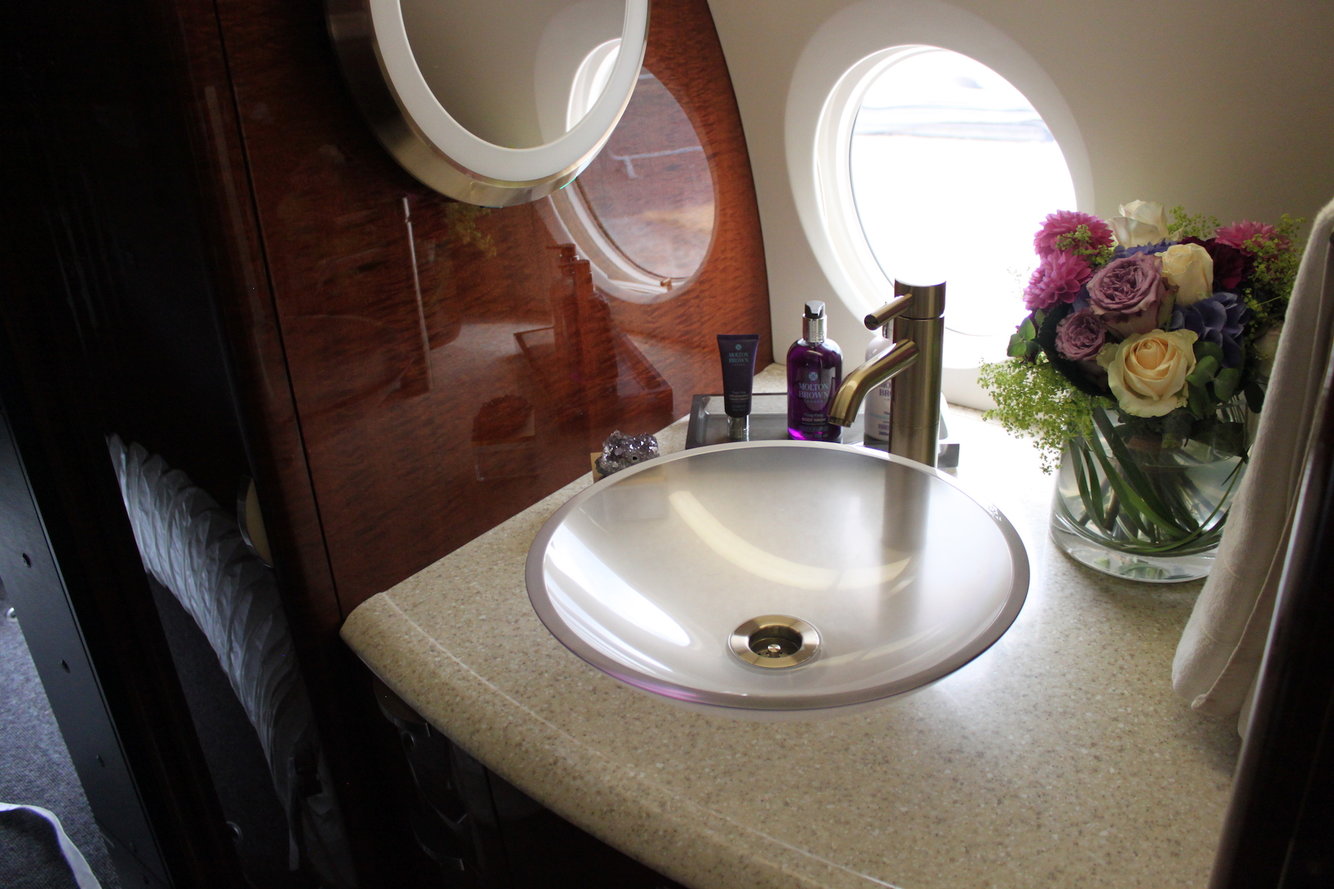 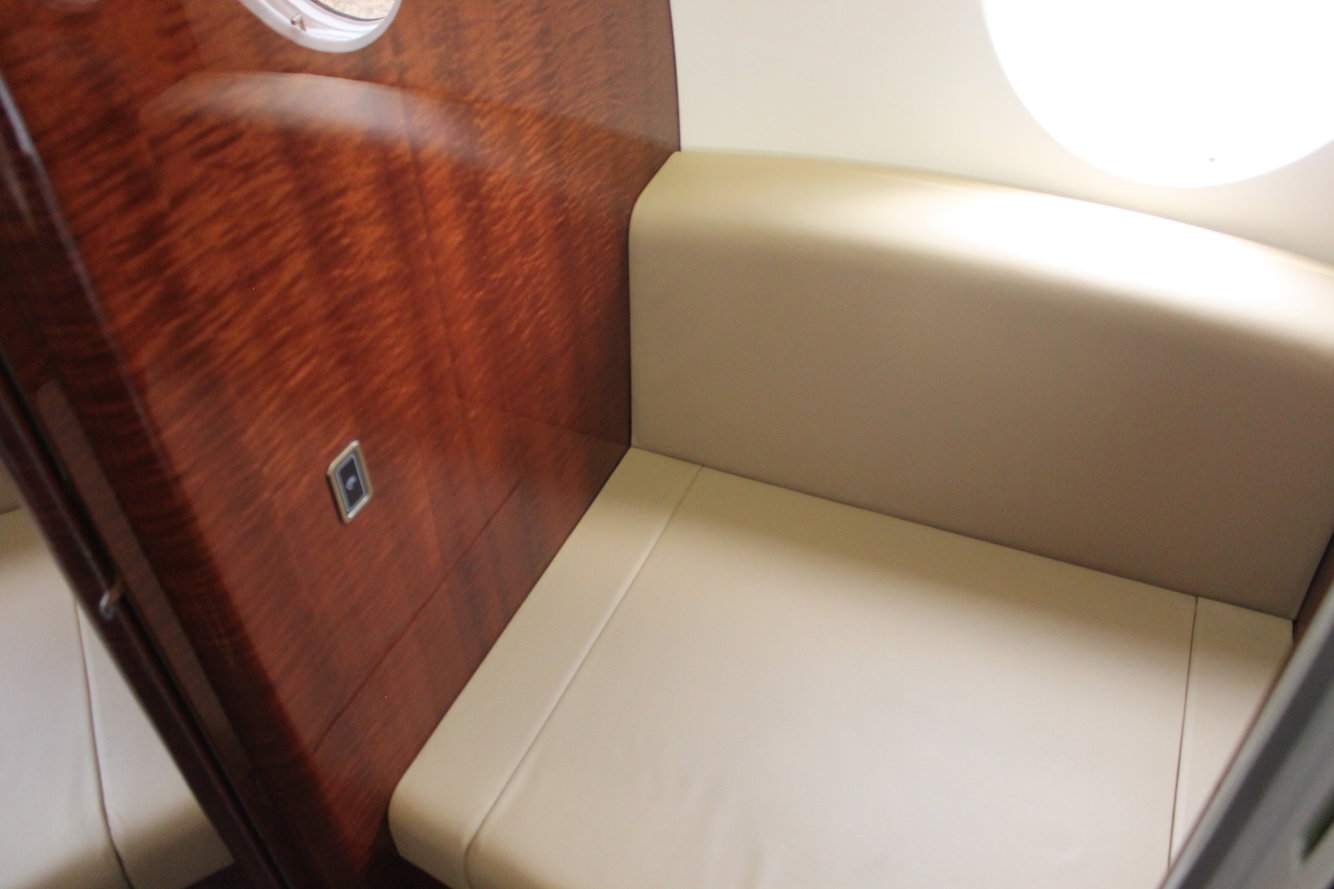 Behind that is the cargo compartment. 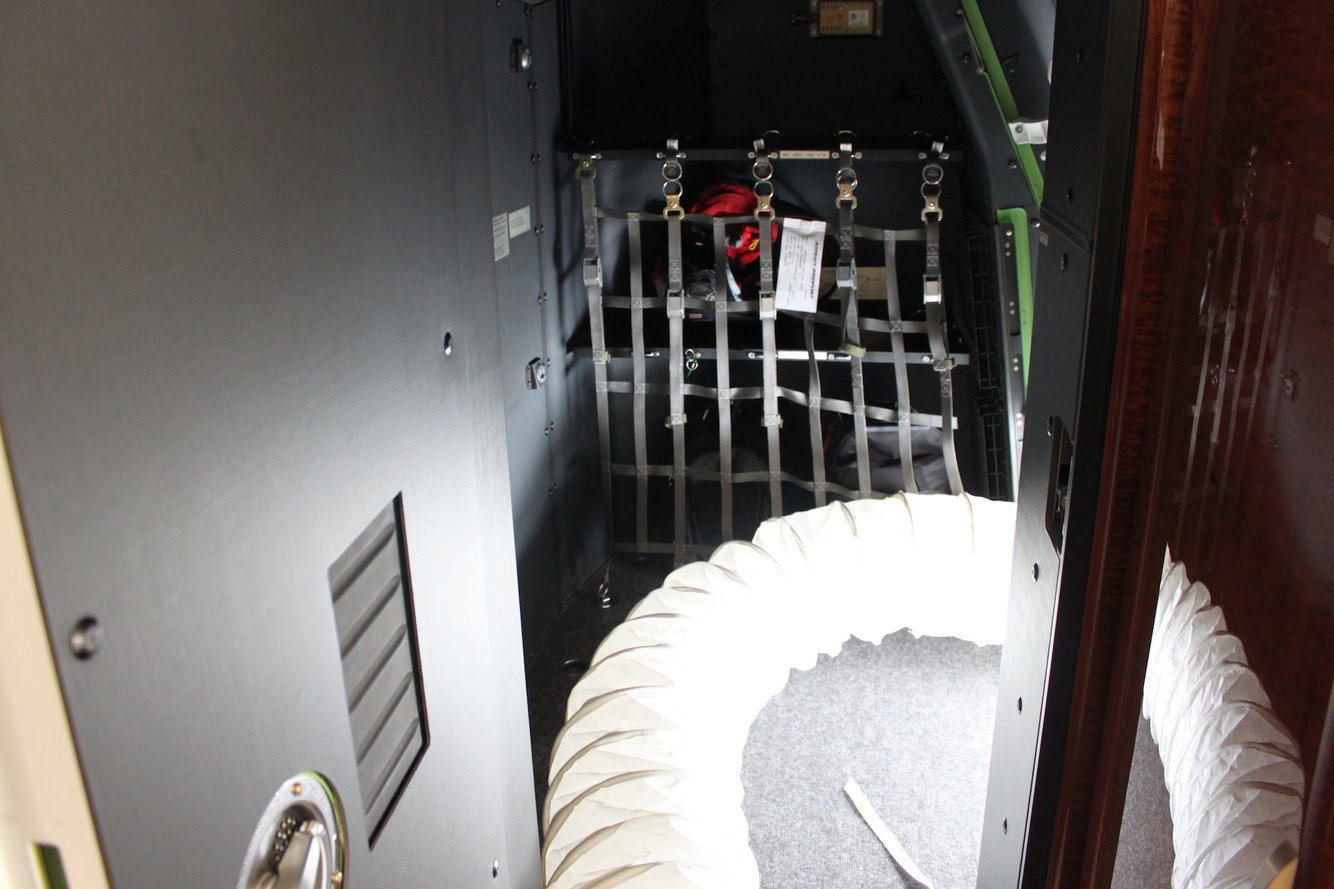 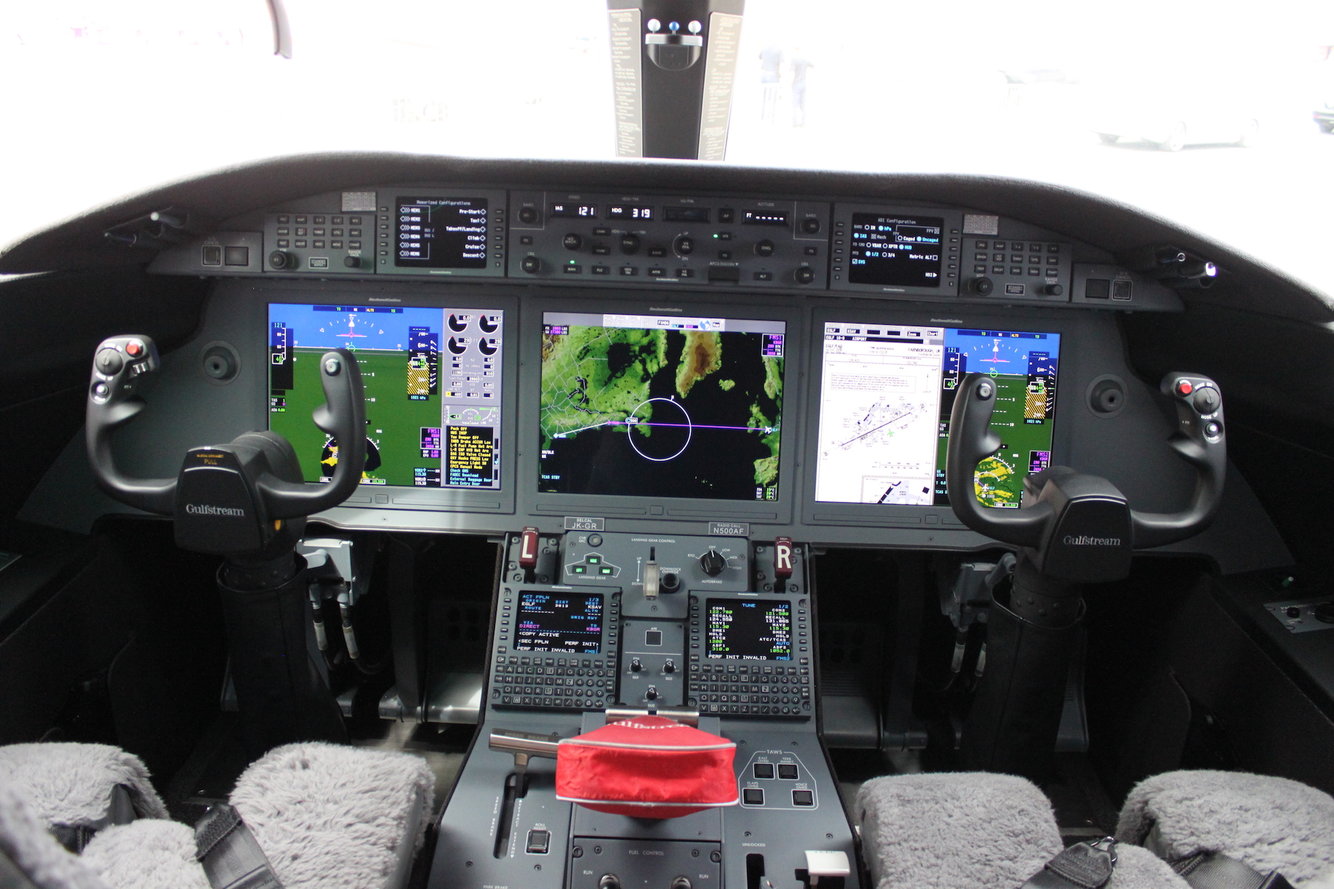 Unlike the new G500 and G600, the 280 uses a traditional yoke instead of sidestick controllers. 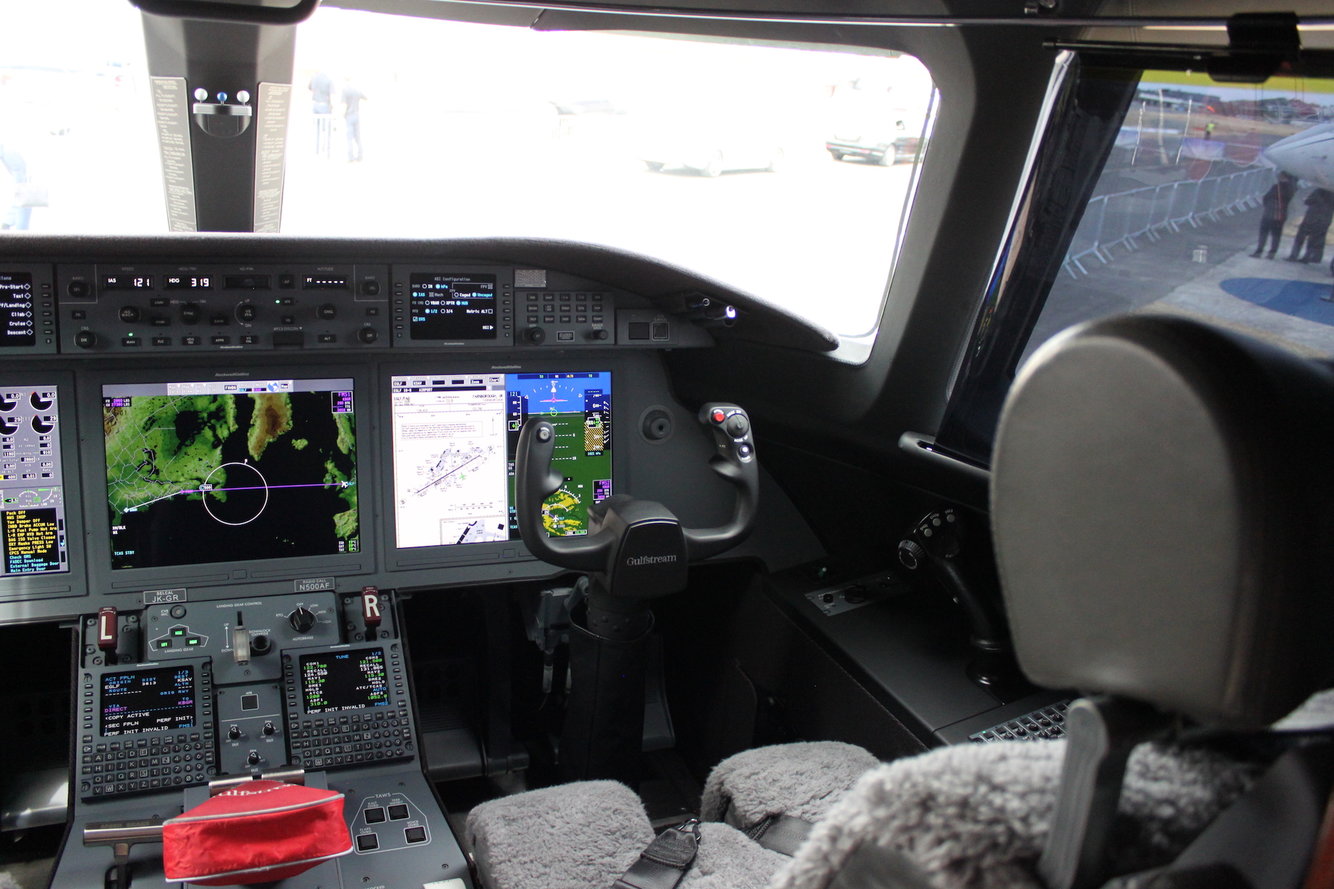 The G280 is powered by a pair of Honeywell HTF7250G turbofan engines each producing 7,624 pounds of thrust. 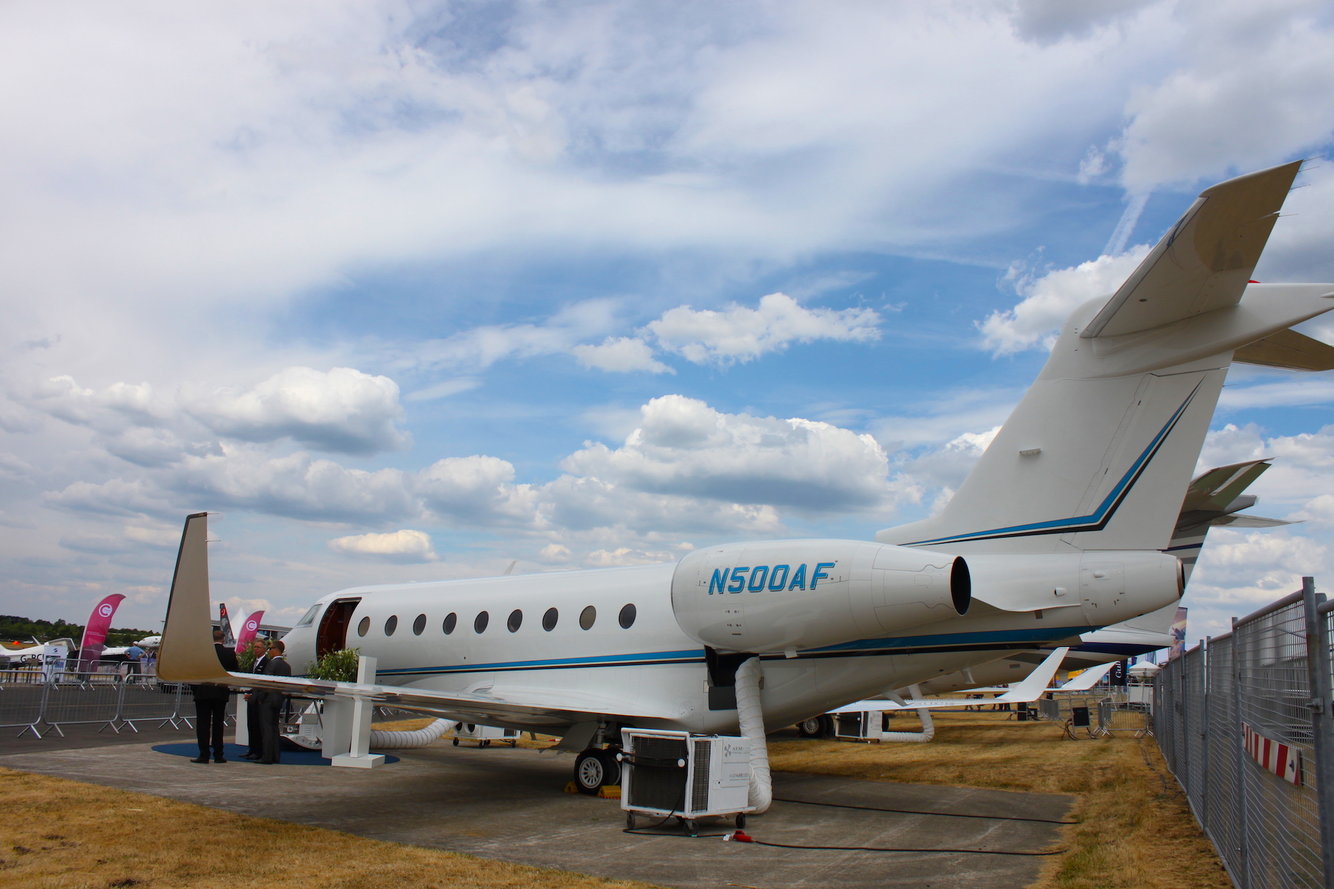 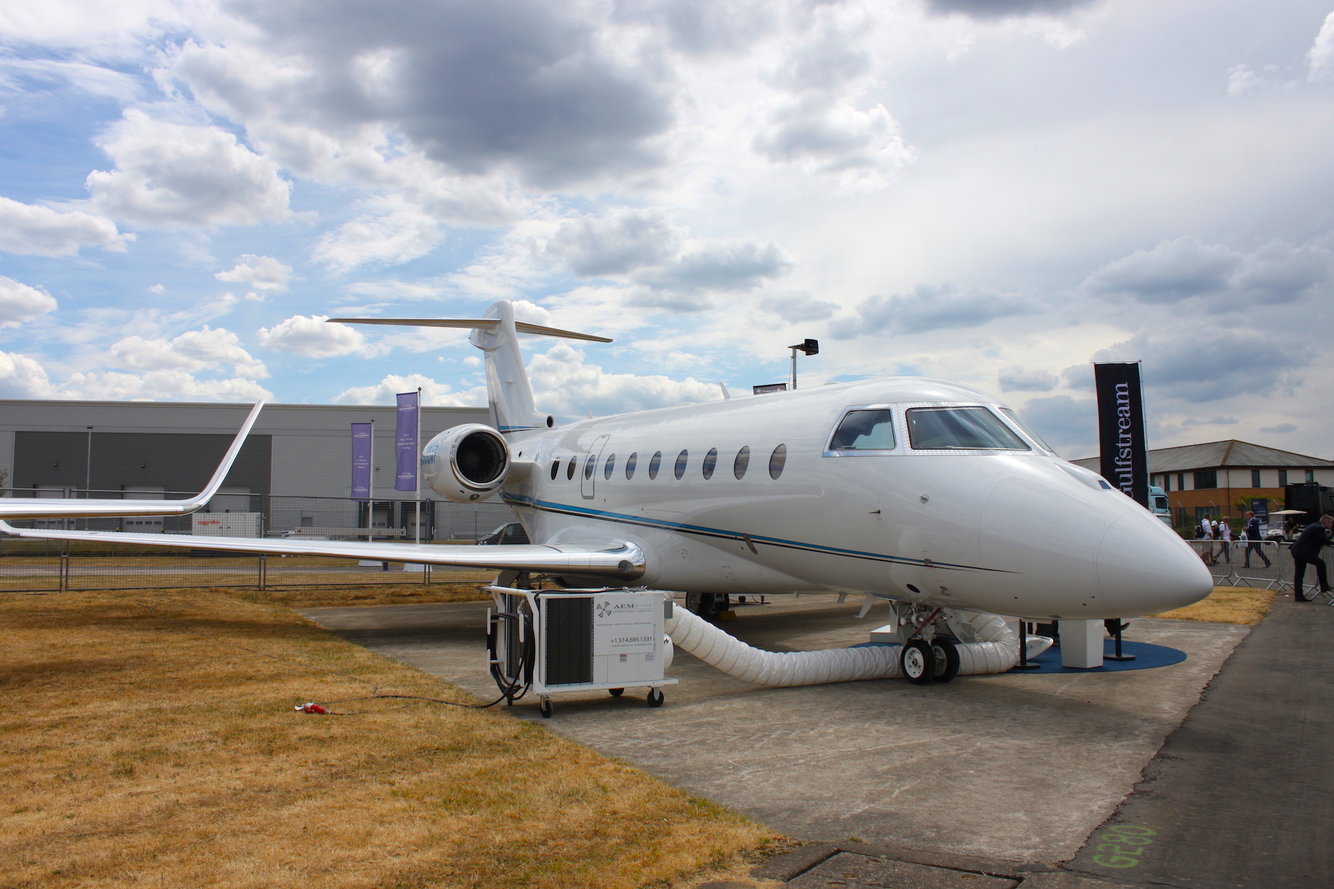 With four passengers on board, the jet can fly up 4,100 miles. According to Gulfstream, this means the G280 can easily New York to Paris or London to Dubai. 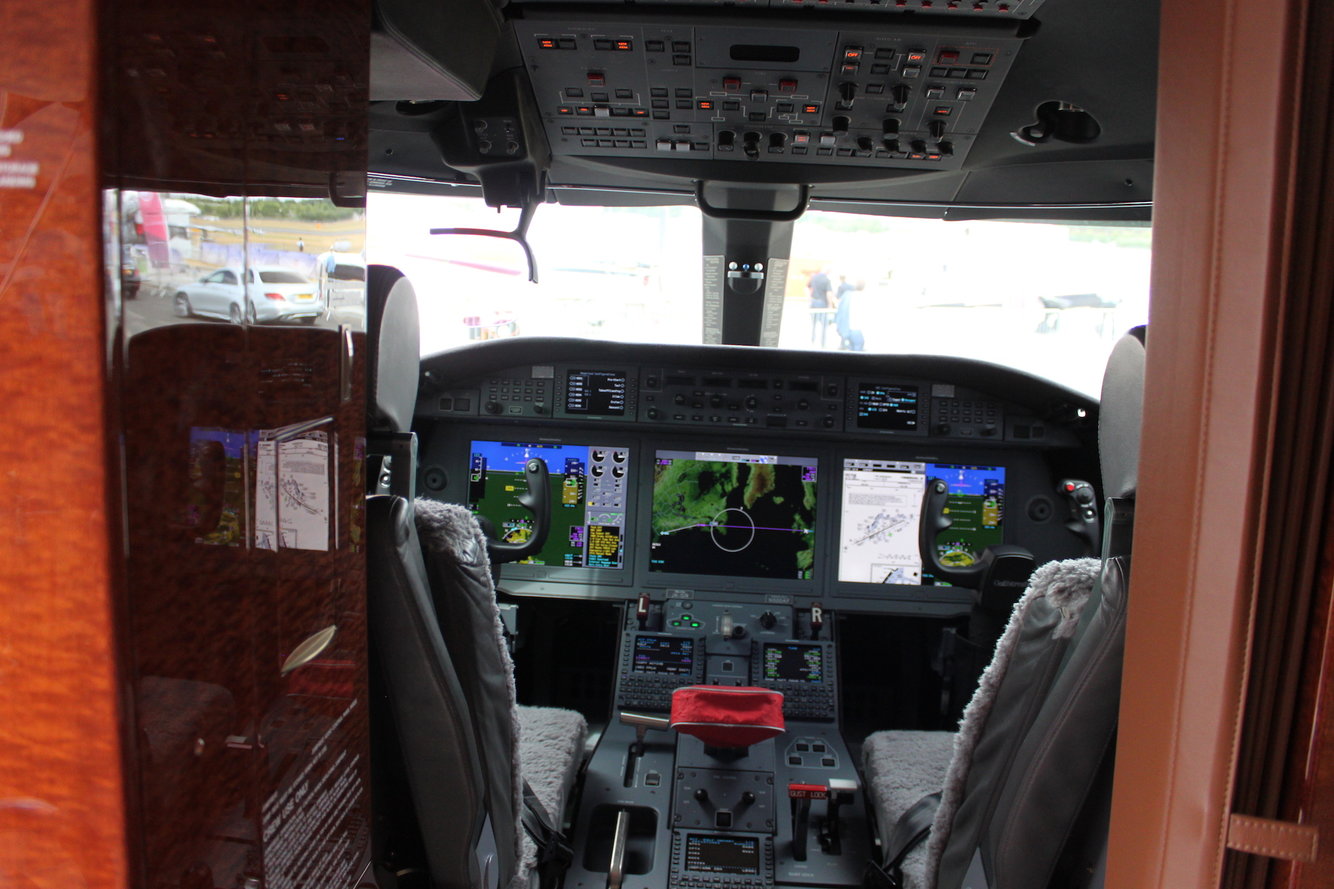